(This is a mirror of my QRZ.com Page) 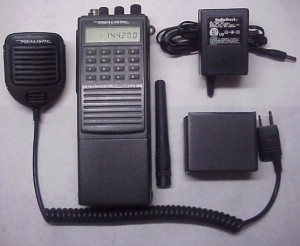 I’ve been into radio and RF-related activities since my childhood. At my behest (and after significant begging), my Dad bought me my first CB Radio when I was 8 years old. It was an old Cobra 40 channel mobile unit. He went to Radio Shack and bought a little 12VDC 5A power supply and a 5/8″ whip that he mounted to our eaves trough (gutter) and I was on the air. I upgraded a few times after that, finally ending up with a Radio Shack Realistic 40 channel base unit with built-in power supply.

When I turned 9, I started playing with two kids who lived around the corner from me, and I noticed there was a really big antenna in their backyard. When I finally got to go inside their house and look around, I saw their dad in a little corner of the basement with a whole lot of really cool looking stuff. This was my first exposure to Amateur Radio.

A few years later, I was browsing Radio Shack and saw a brand new product: the HTX-202 VHF 2M FM HT. I wanted it, but the store manager Terry told me that I needed an Amateur Radio license. So I gave him some money and put the unit on layaway. It took a year and four attempts, but I finally passed my Basic Qualification exam and received my first callsign, VA3KPJ, on 1994-05-05 at the age of 14. From there, I became very active in my local club, very heavily involved with ARES and got into APRS, packet, other digital modes, and operated mobile or portable. 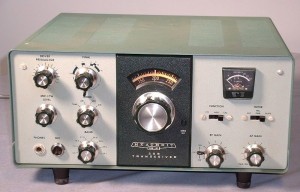 Sometime after I’d moved out on my own, my old high school electronics teacher called and told me that they were getting rid of all the Amateur Radio Gear that the previous electronics teacher had left behind and asked if I wanted it. I responded with an enthusiastic yes and immediately went to the school to pick it all up. It was almost exclusively Heathkit equipment, and among it all was an HW-101 is pretty good condition. I brought everything up to my apartment where I turned on my laptop and started looking for help restoring it. After about two weeks, I had it up, running, and calibrated. However, I was unable to use HF with my license class at the time. So I spent every extra minute of the next three weeks learning CW. I received my CW endorsement in 2003 and I became active on HF with that HW-101, and a 165′ random wire antenna going out my 2nd floor apartment window to a tree in local impound lot, which my building was adjacent to. In January of 2004, I applied for, and received, my 2-letter suffix callsign, VA3QR, which I use as my primary.

In 2006, I married the love of my life, Cassandra McBride, VA3MEW, and shortly thereafter, we took possession of the home we currently share with our two sons, Connor and Callum (both SWL).